GS Catering Equipment Ltd (part of the GS Group) has completed the supply and installation project at the iconic Lord’s Cricket Club in St John’s Wood, in the district of Westminster in London.

Widely named the ‘home of cricket’, Lord’s Cricket Ground underwent an extensive refurbishment of its Compton and Edrich stands, as part of a £52m redevelopment scheme which increased the venue’s capacity by 2,600 up to 31,600.

Alongside the increased seating, the redevelopment also aimed to improve the fans’ experience by offering improved sightlines, enhanced accessibility and increased amenities, including two new restaurants and an elevated walkway connecting the stands.

Our role within the scheme was to manage the project, and supply and install the hospitality equipment and fabrication within the two new stands.

After successfully tendering for the contract during the first lockdown in May 2020, we were awarded the project in August and works began and installation started in early December of that year.

During the four-month project, we successfully completed two ground floor concessions, two ground floor bars and two level two production kitchens per stand and a further concession bar on level two of the Compton stand. The level two kitchens also had adjacent front of house bars to the restaurant and a bar facing out onto the peripheral walkway that overlooks the nursery pitch.

Working alongside global dynamic construction specialist, ISG, the GS Group team were working to the design brief and specification provided by commercial kitchen design specialists, KCCJ. In the catering areas, we utilised CED Fabrications for the stainless-steel fabrications, as these were our preferred manufacturers, due to their past experience in this field.

GS Catering Equipment Ltd’s sister companies also supported on elements of the scheme – GS Engineering UK Ltd assisted in the installation of the equipment, while Award Refrigeration & Air Conditioning Ltd installed the refrigeration systems for the cold rooms, which is something, we as a collective company, were asked to do just before the works commenced. Then late into the contract, Award were also asked to supply and install the cellar cooling systems, due to the quality of work already executed.

As expected, due to the complexity and size of the project, the scheme wasn’t without its challenges – some of which arose before the project commenced, at the tender stage. As we were tendering for the project during the pandemic and because of the fact the majority of our team were out of the office, it meant communication was stretched when trying to gain information about the project from the suppliers and contractors.

Unfortunately, that wasn’t the only time Covid-19 affected the project as many of the contractors were affected by the virus and the affiliated incubation periods and this meant that there was a backlog in works, as well as various delays in relation to the pandemic’s restrictions.

Obtaining catering equipment in from the continent also proved difficult as well at times, so, as a team, we had to manage the situation closely and extensively.

One of the major implications on the project was when it was highlighted by our Project Team to ISG that the head heights in one of the Ground Floor Concessions simply wouldn’t allow for the design as intended. Being a design and build contract, we had to work closely with KCCJ and the contractors mechanical and electrical team and designers to work up a suitable solution without having an effect on the programme, something that we and our project team rose to the challenge on.

Due to its close proximity to central London, we also had to closely monitor all of our deliveries and every aspect of our works had to be booked 48 hours in advance in order to ensure the deliveries were made.

Despite the obstacles, all of the companies involved in the project ensured the design, specification and installations were completed to the highest possible standard, in accordance with the client’s wishes and the end result was something all parties were extremely proud of, especially due to the magnitude of the project. 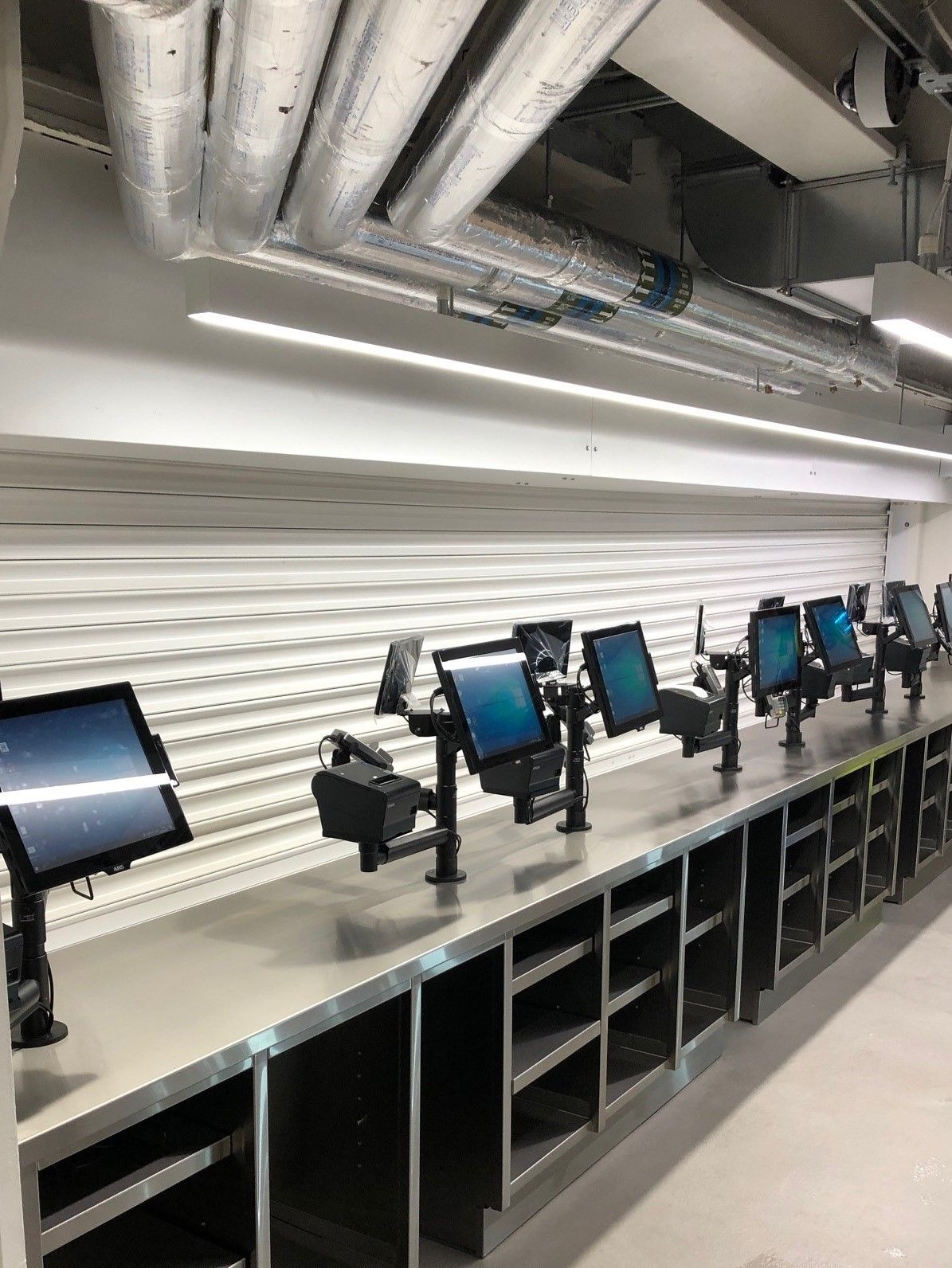 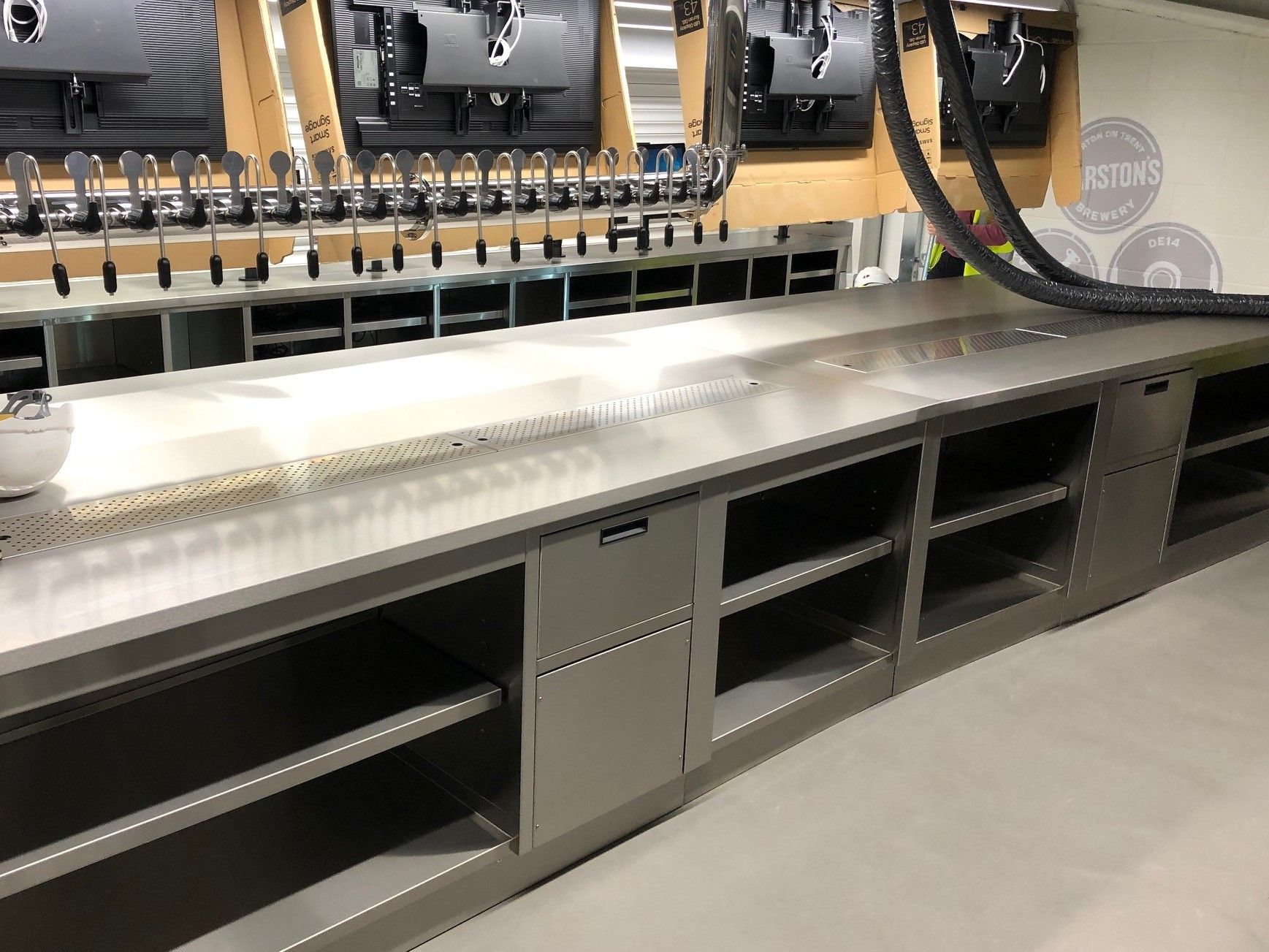 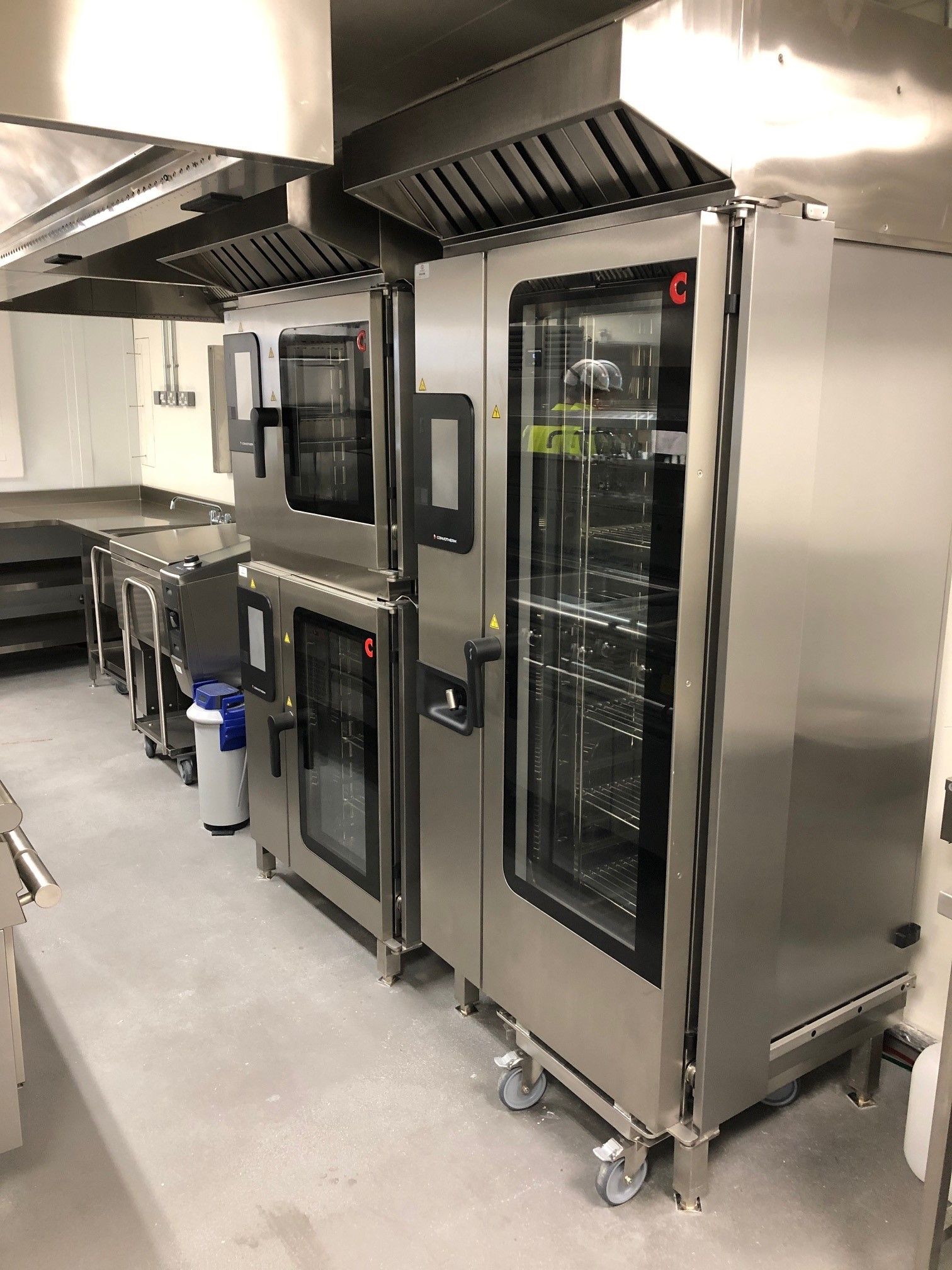 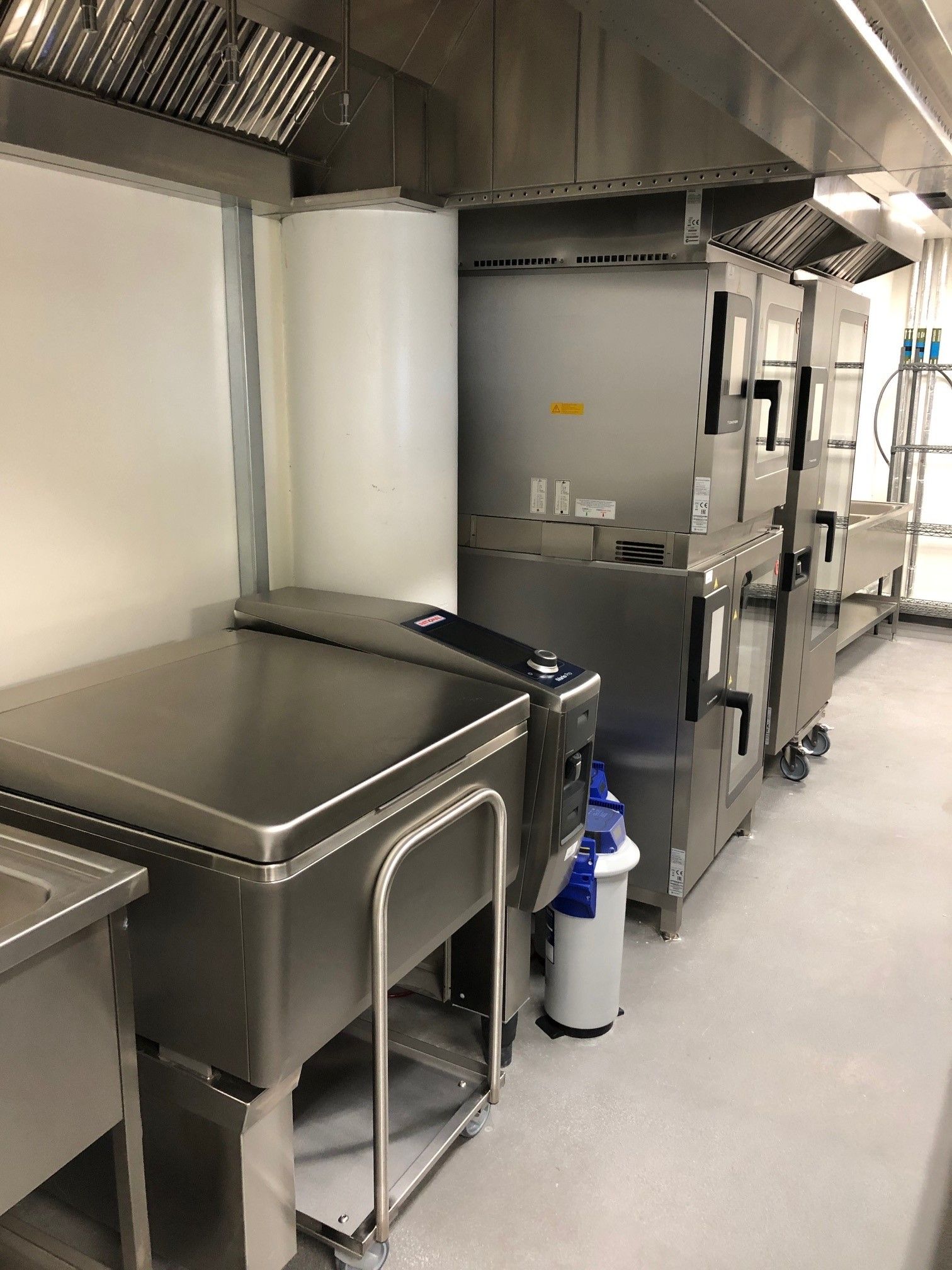 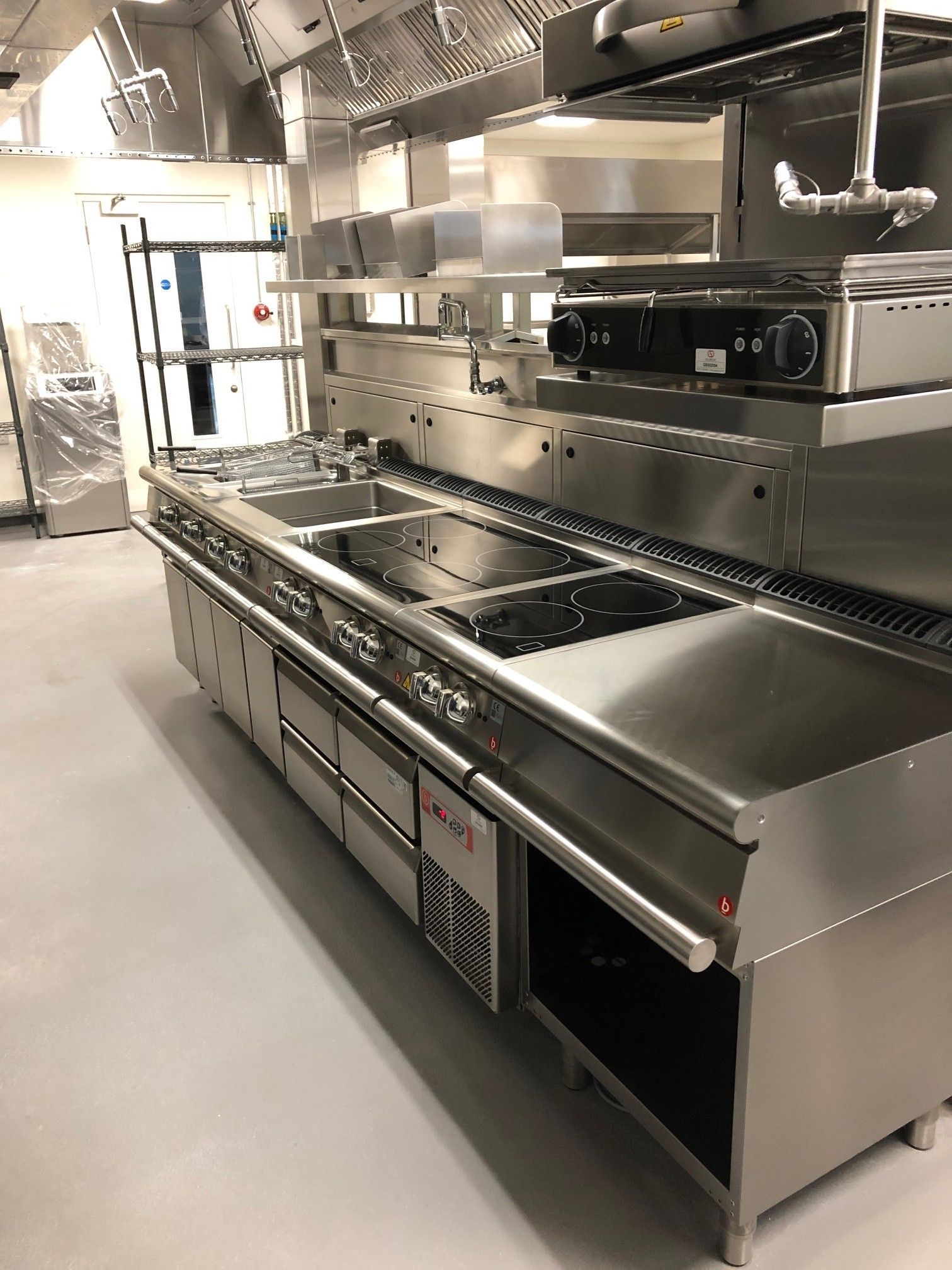 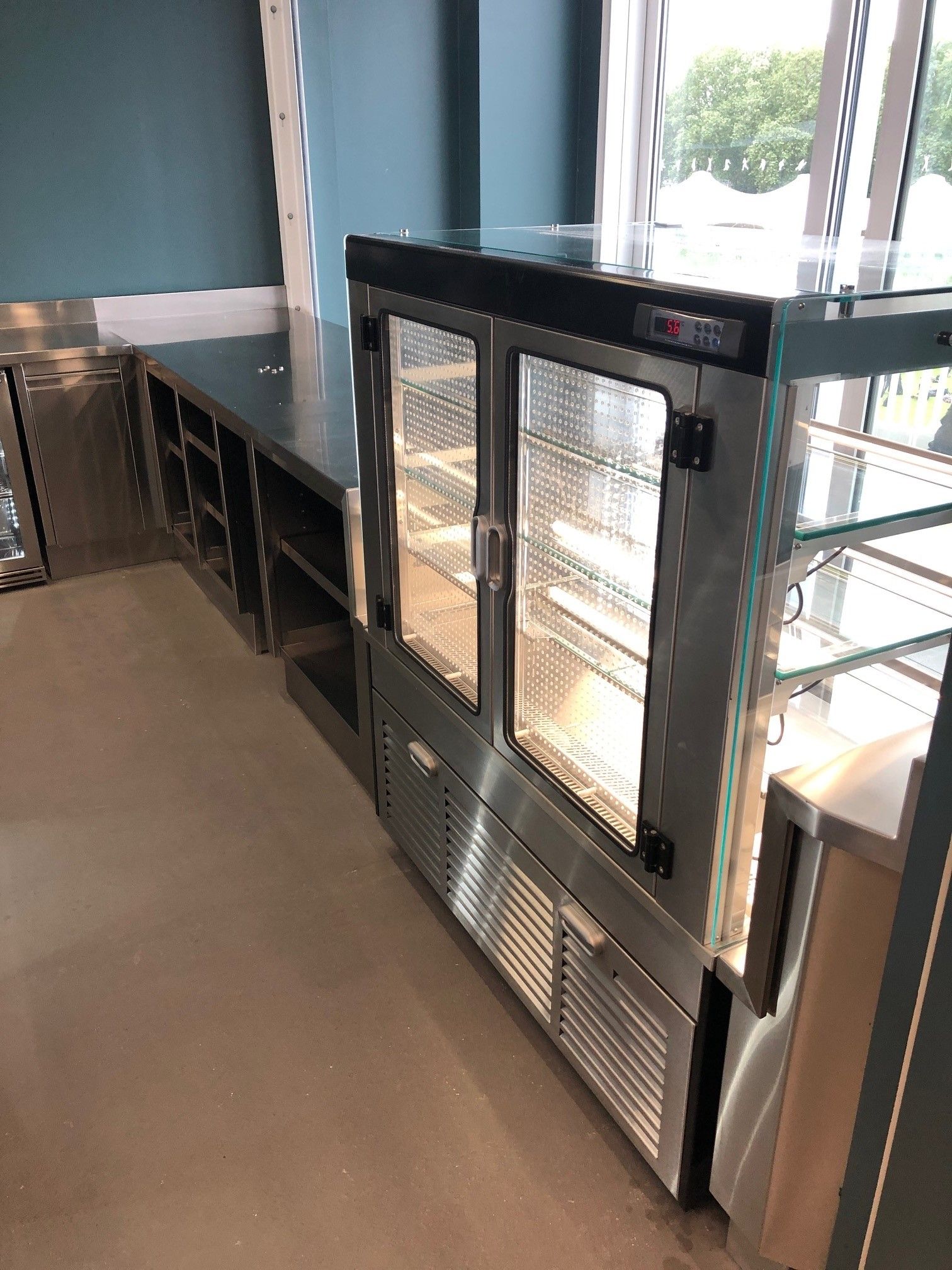 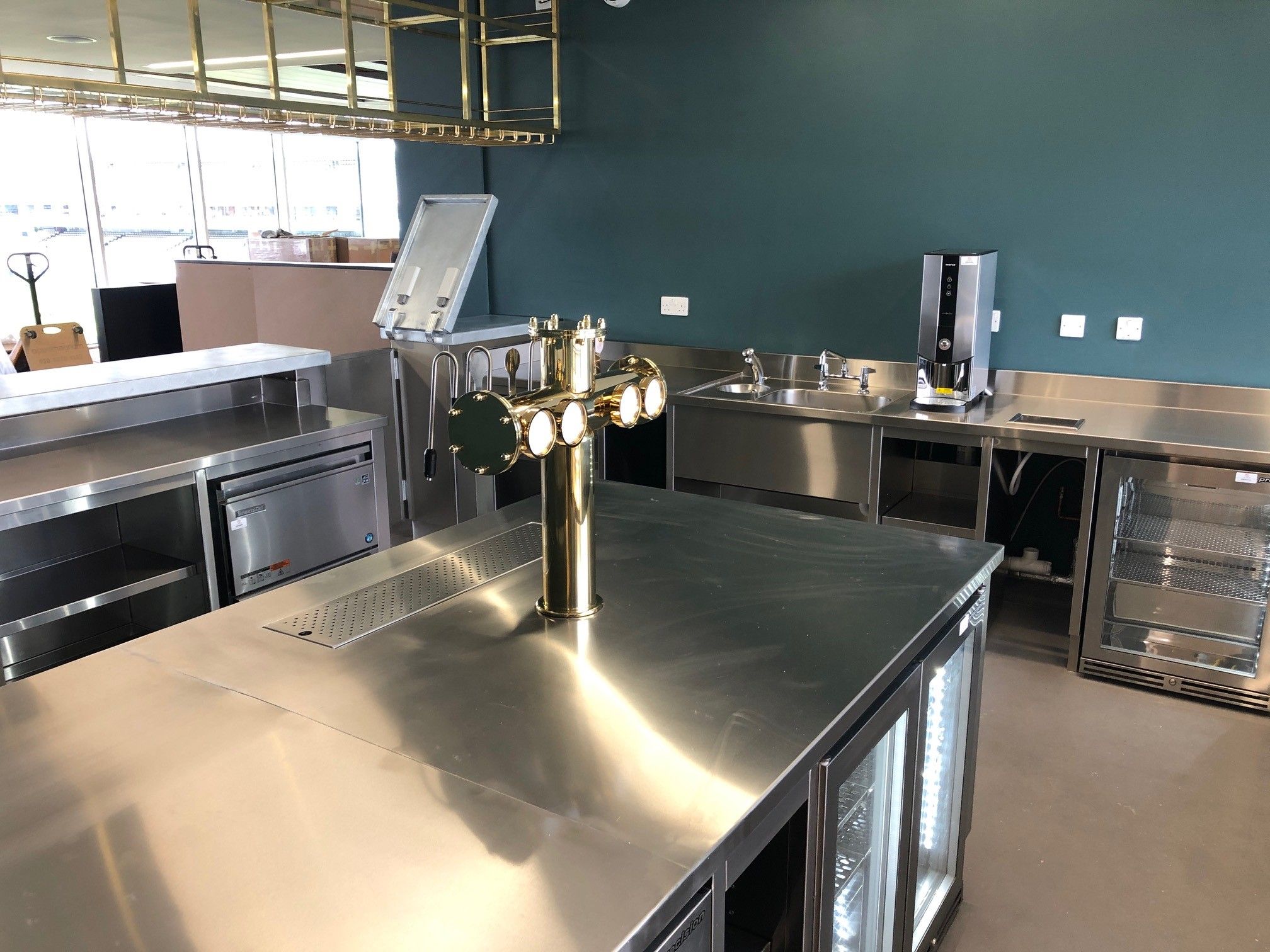 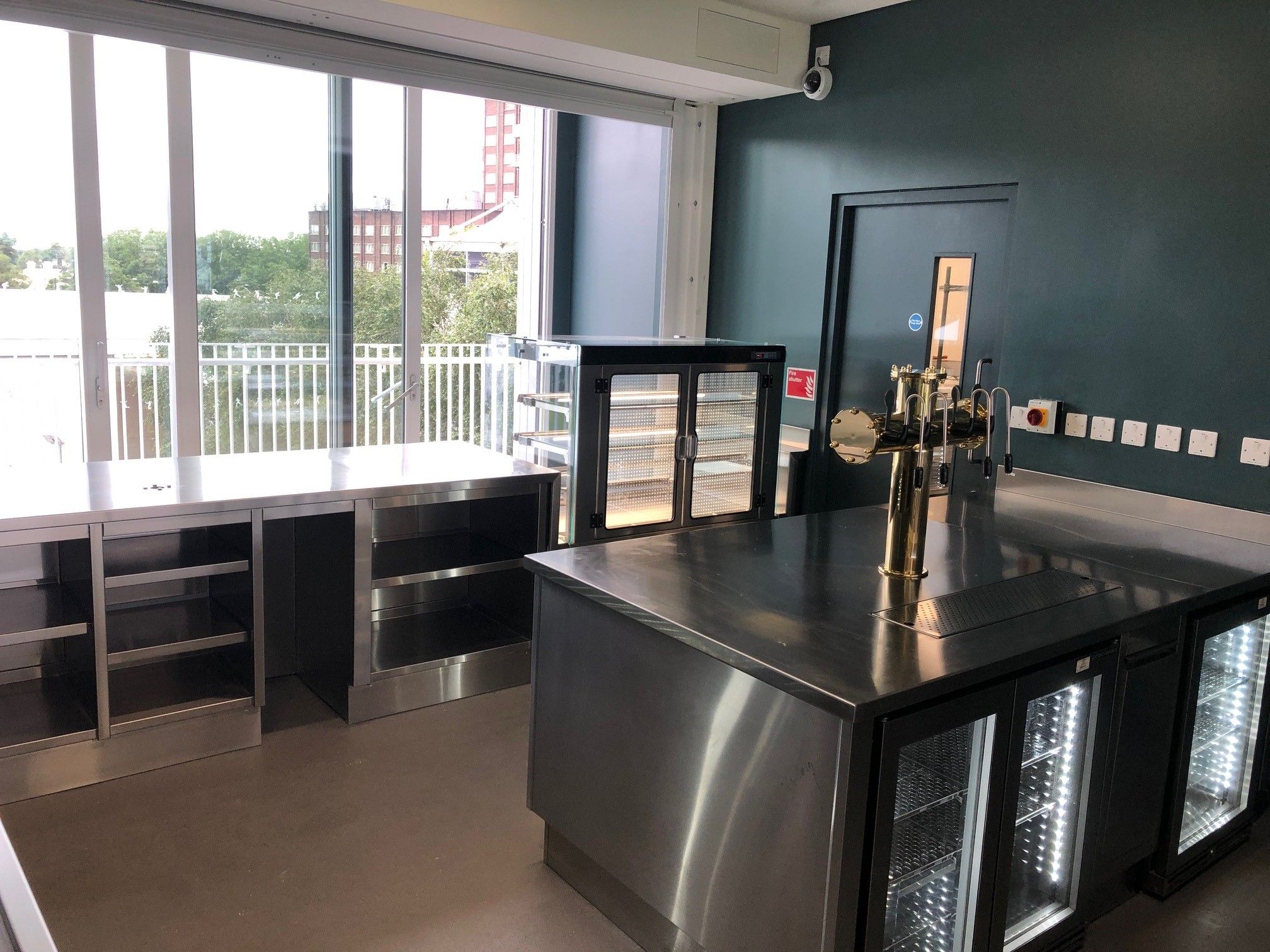 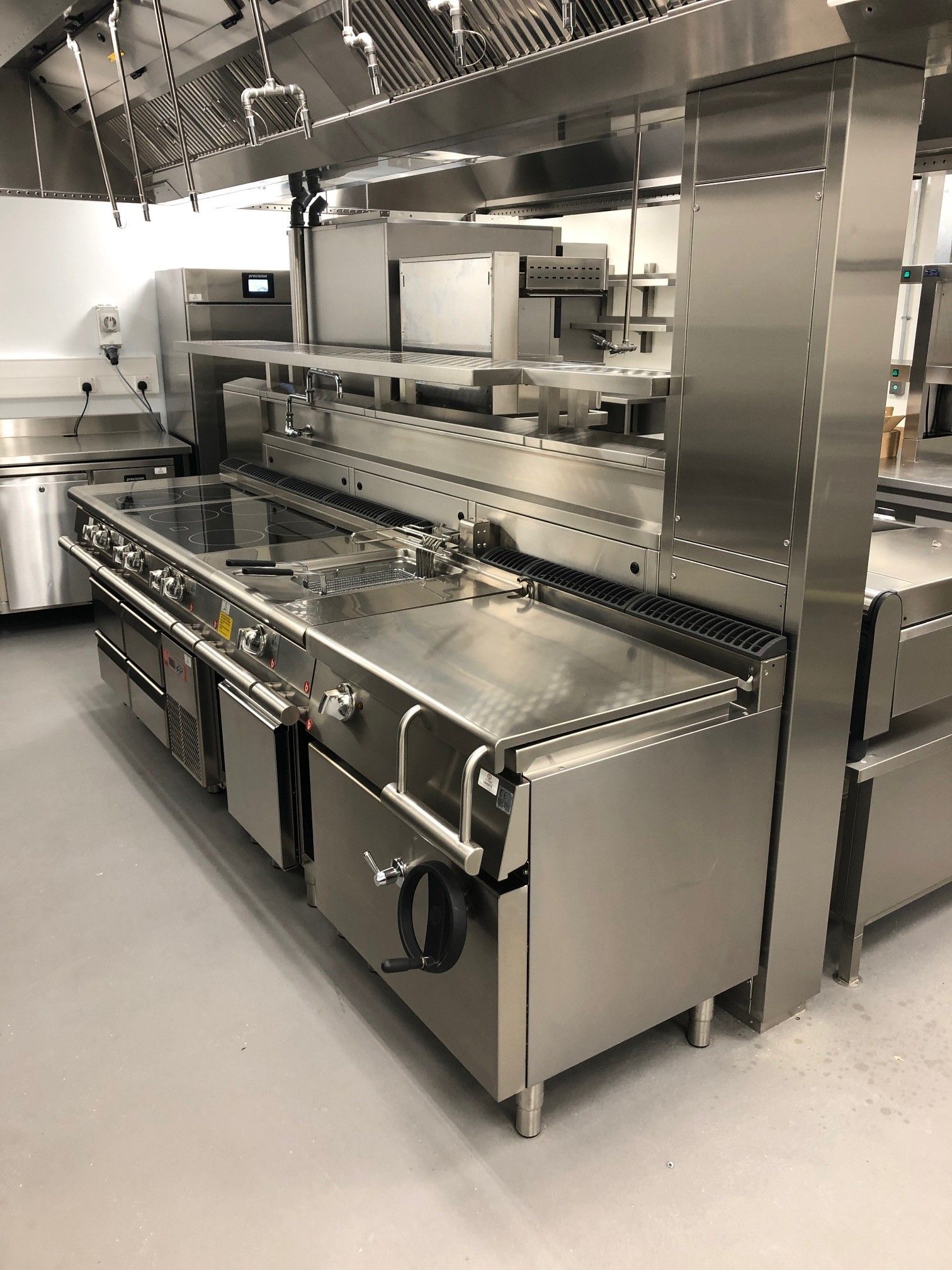 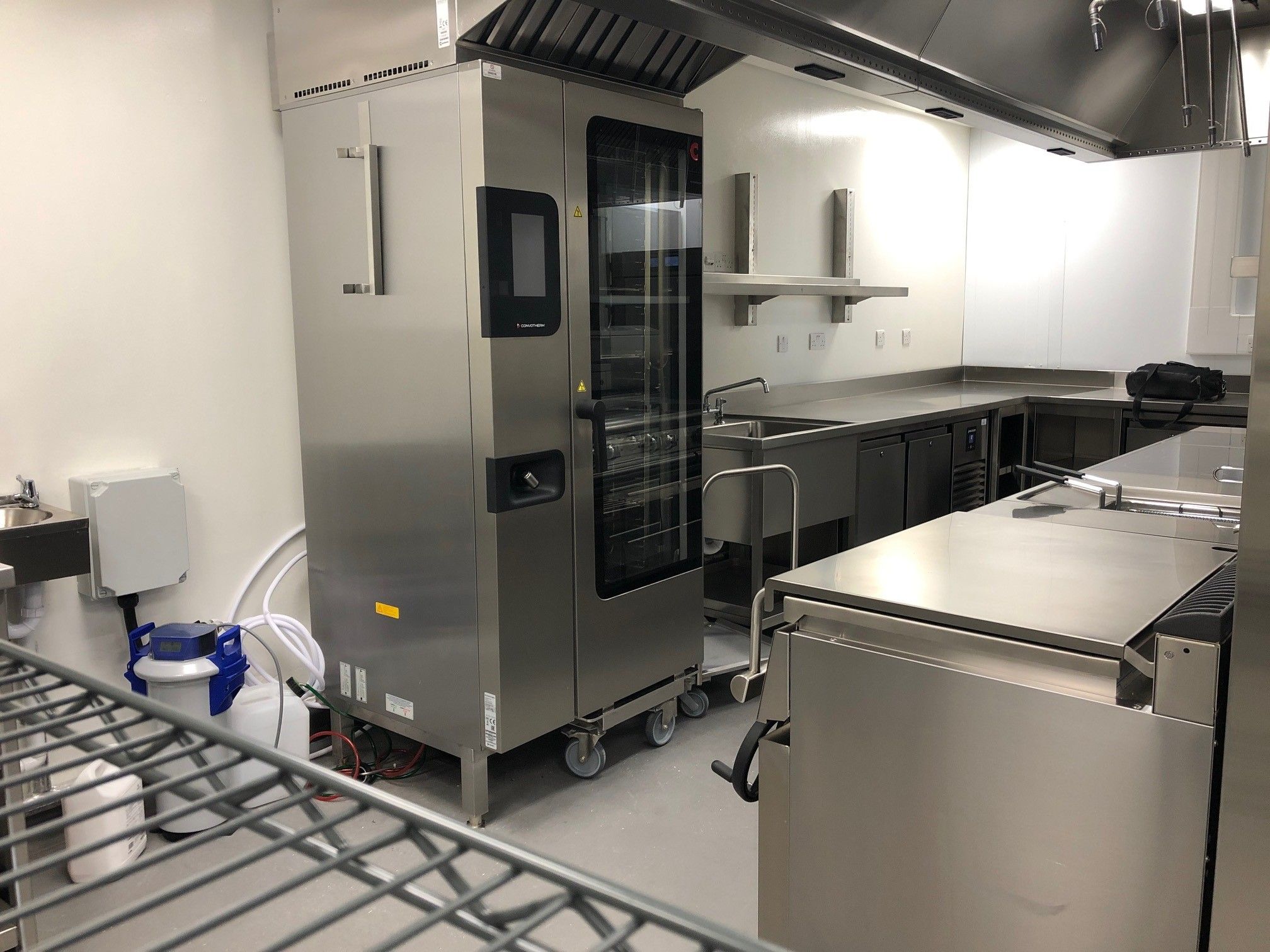 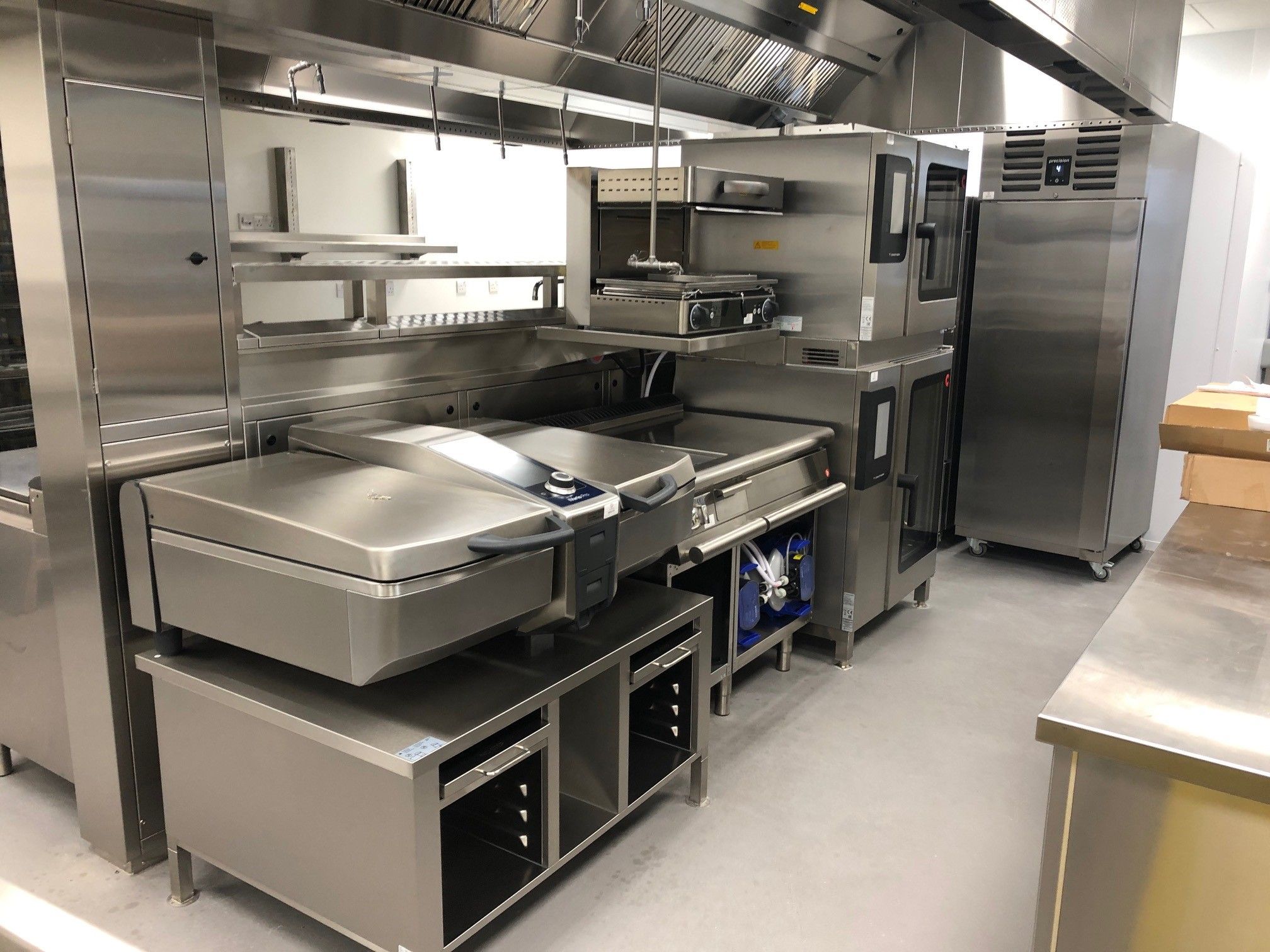 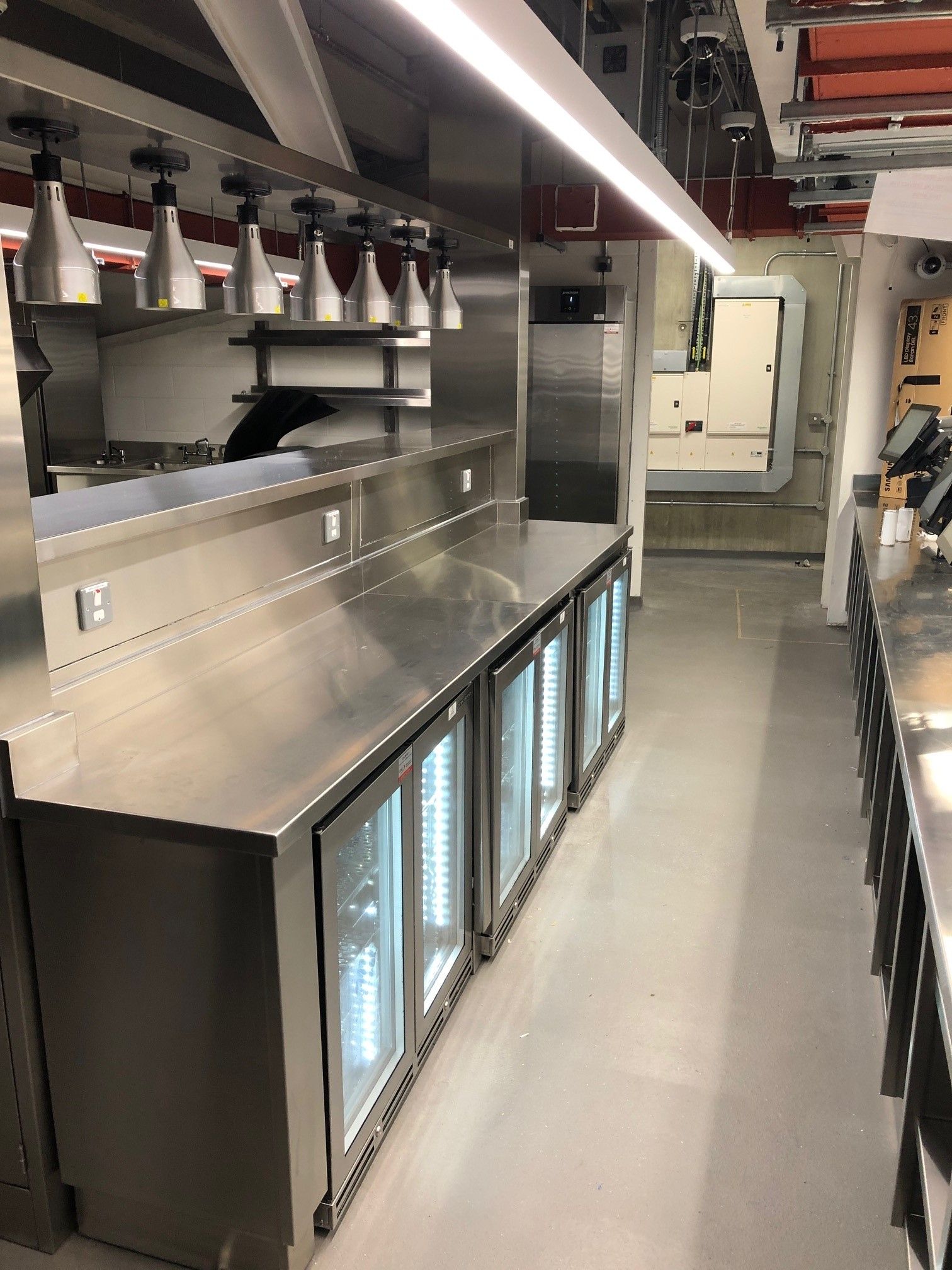 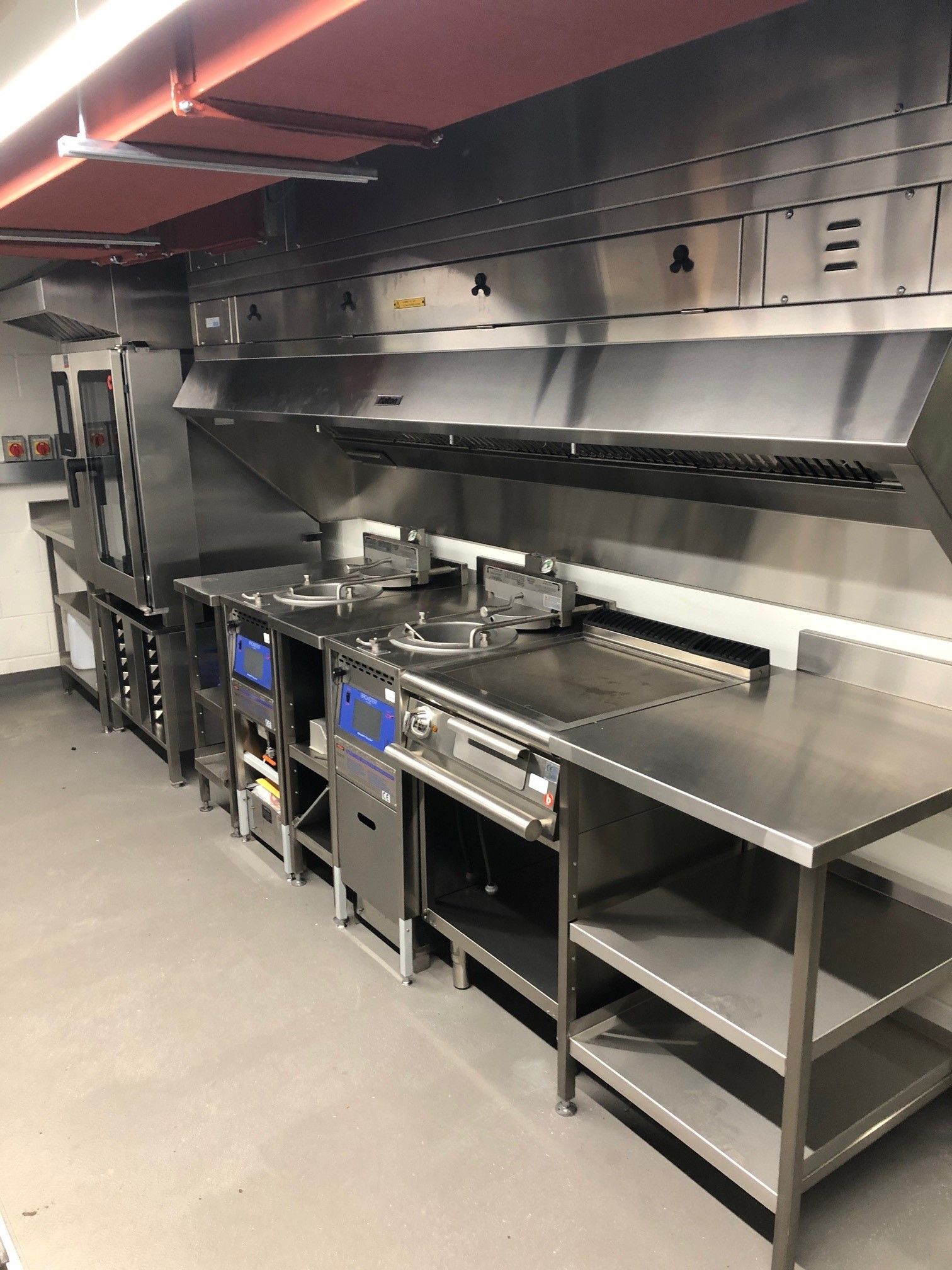 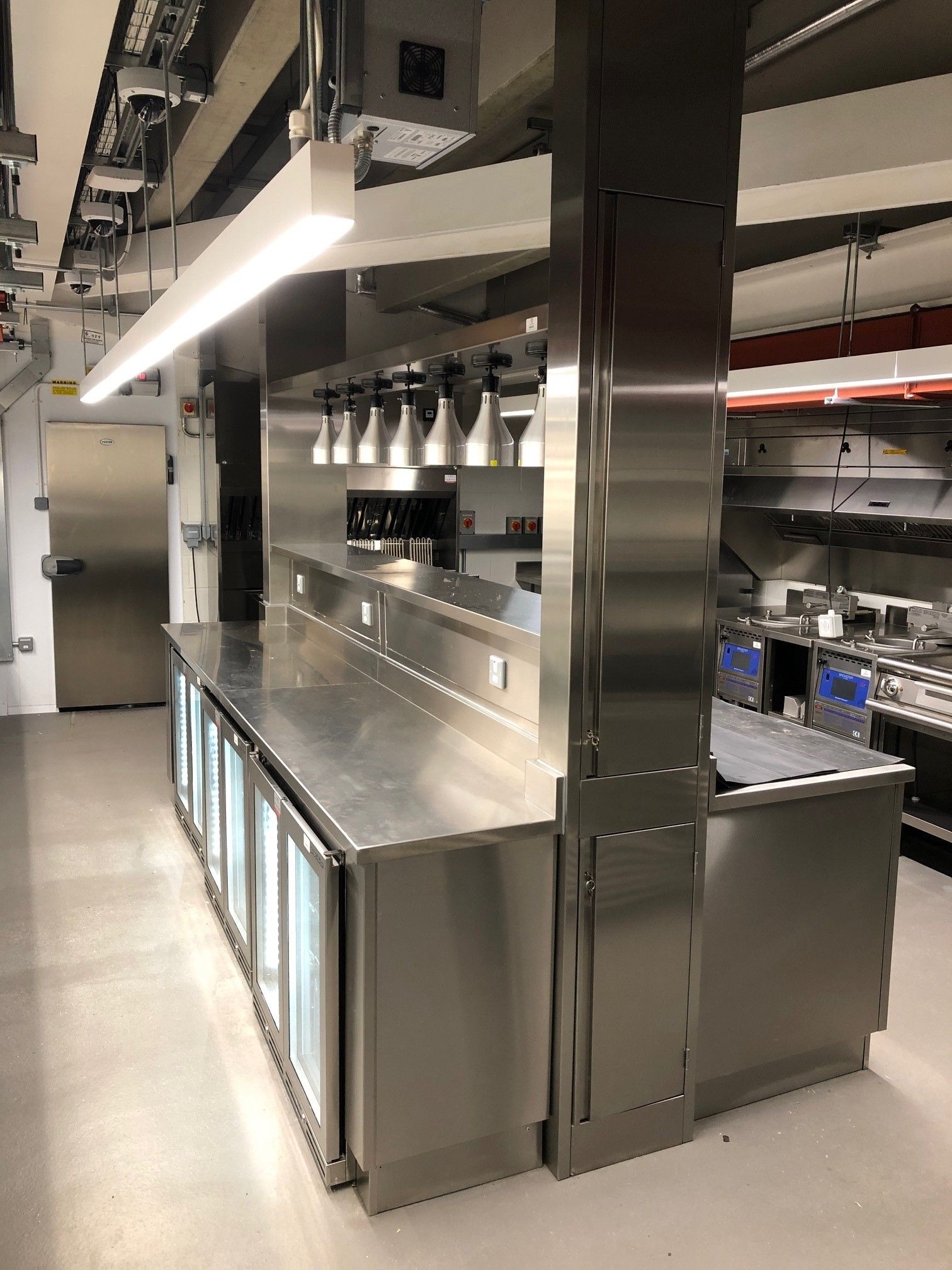 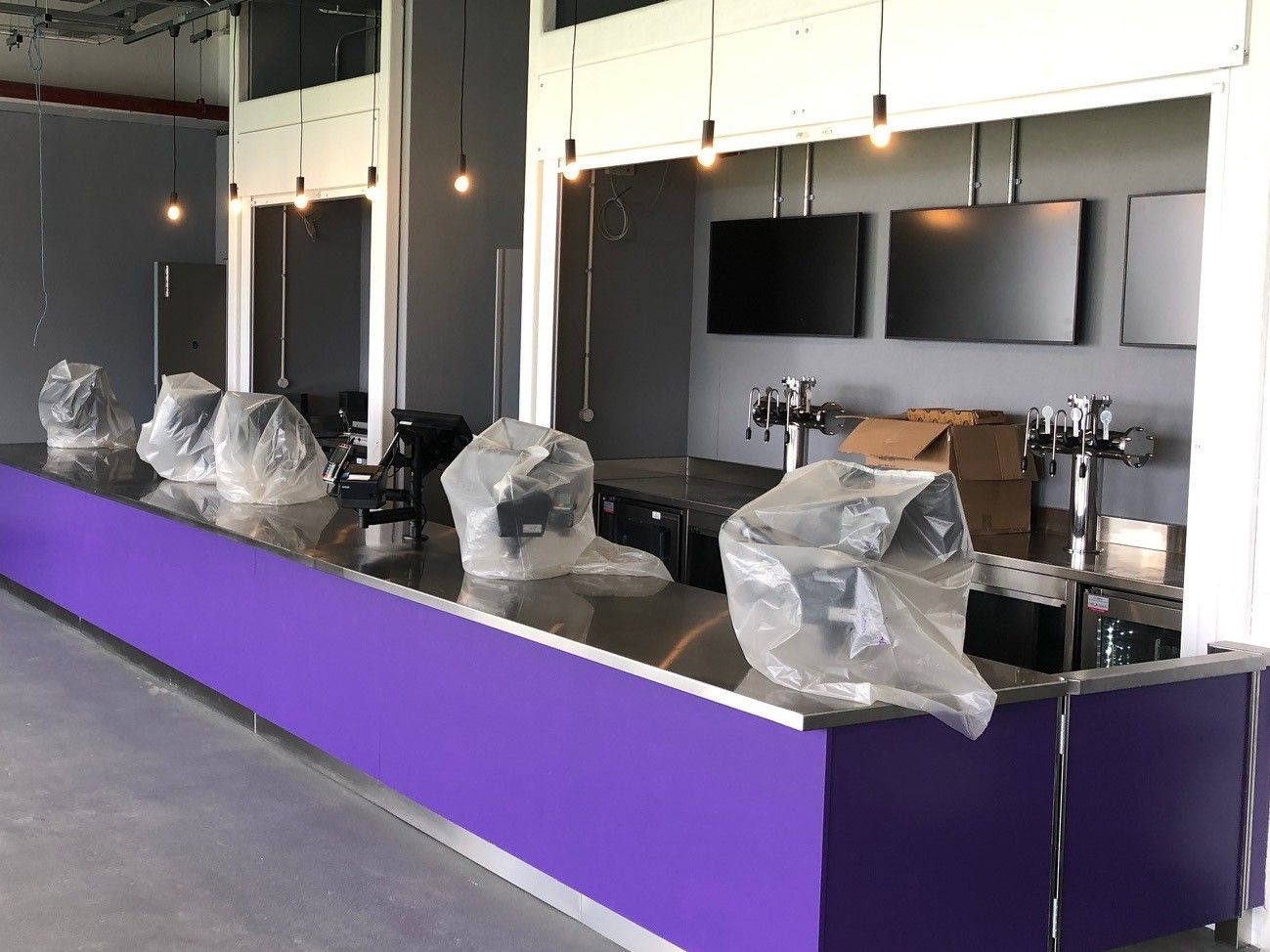 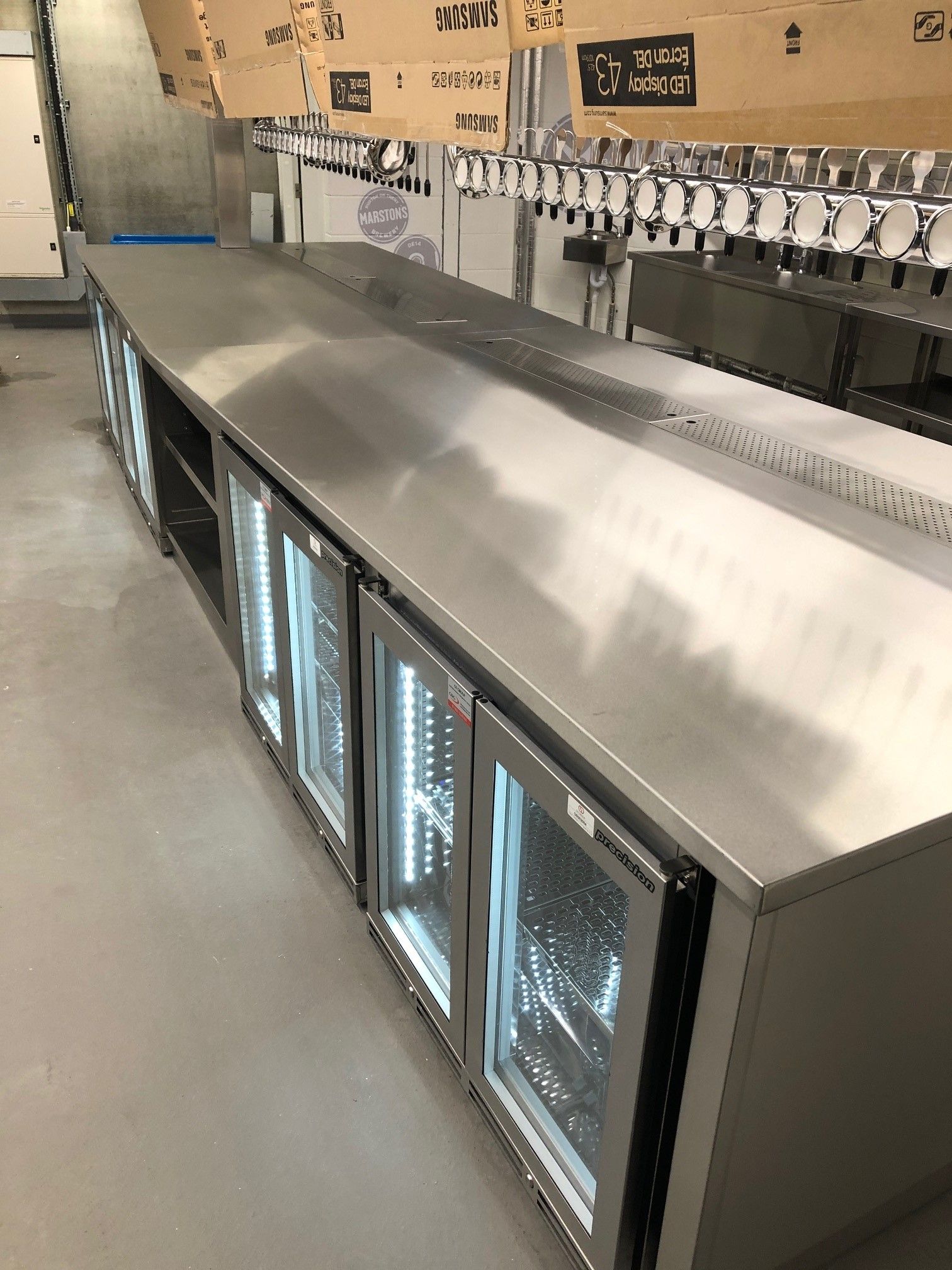 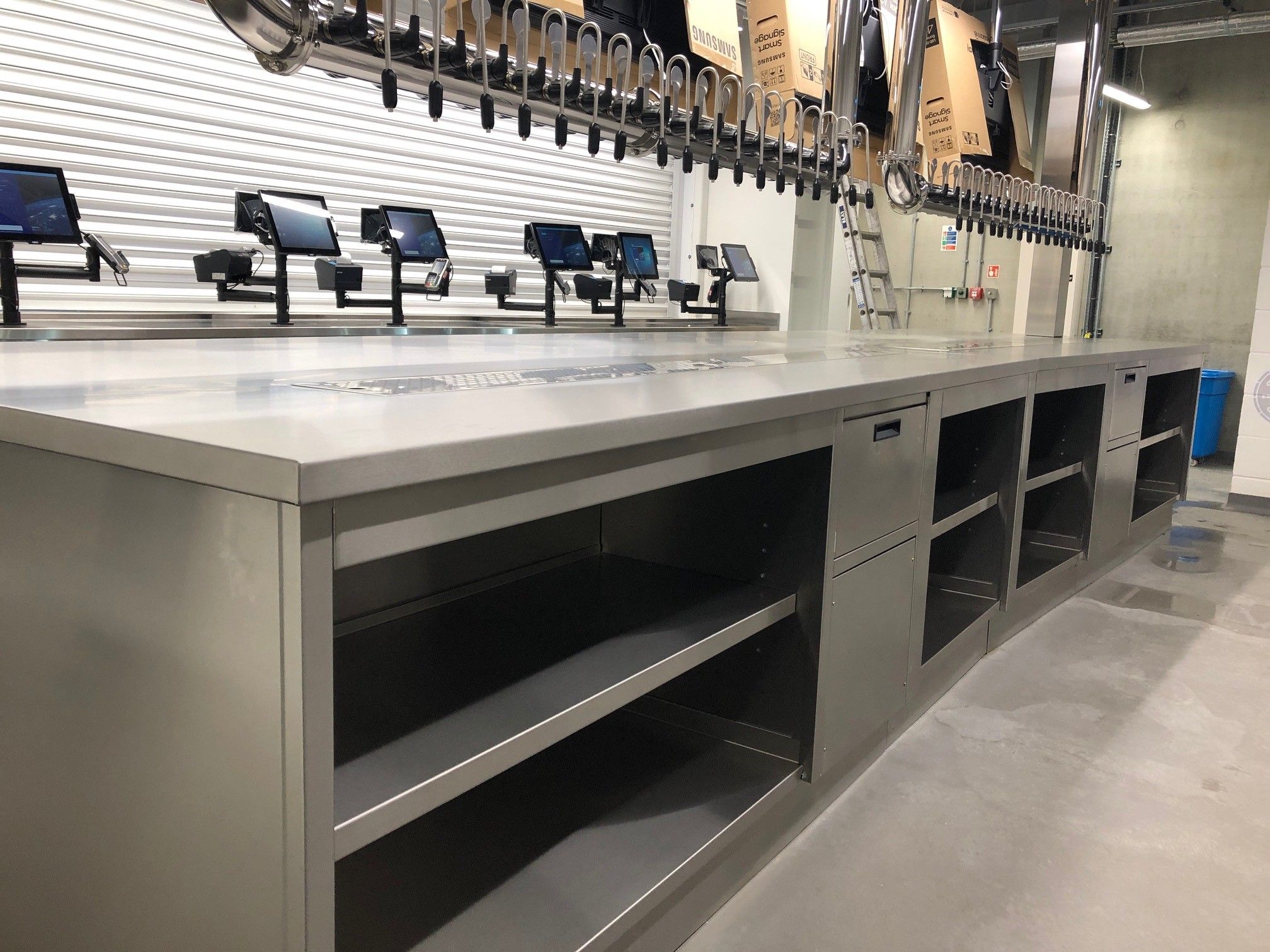 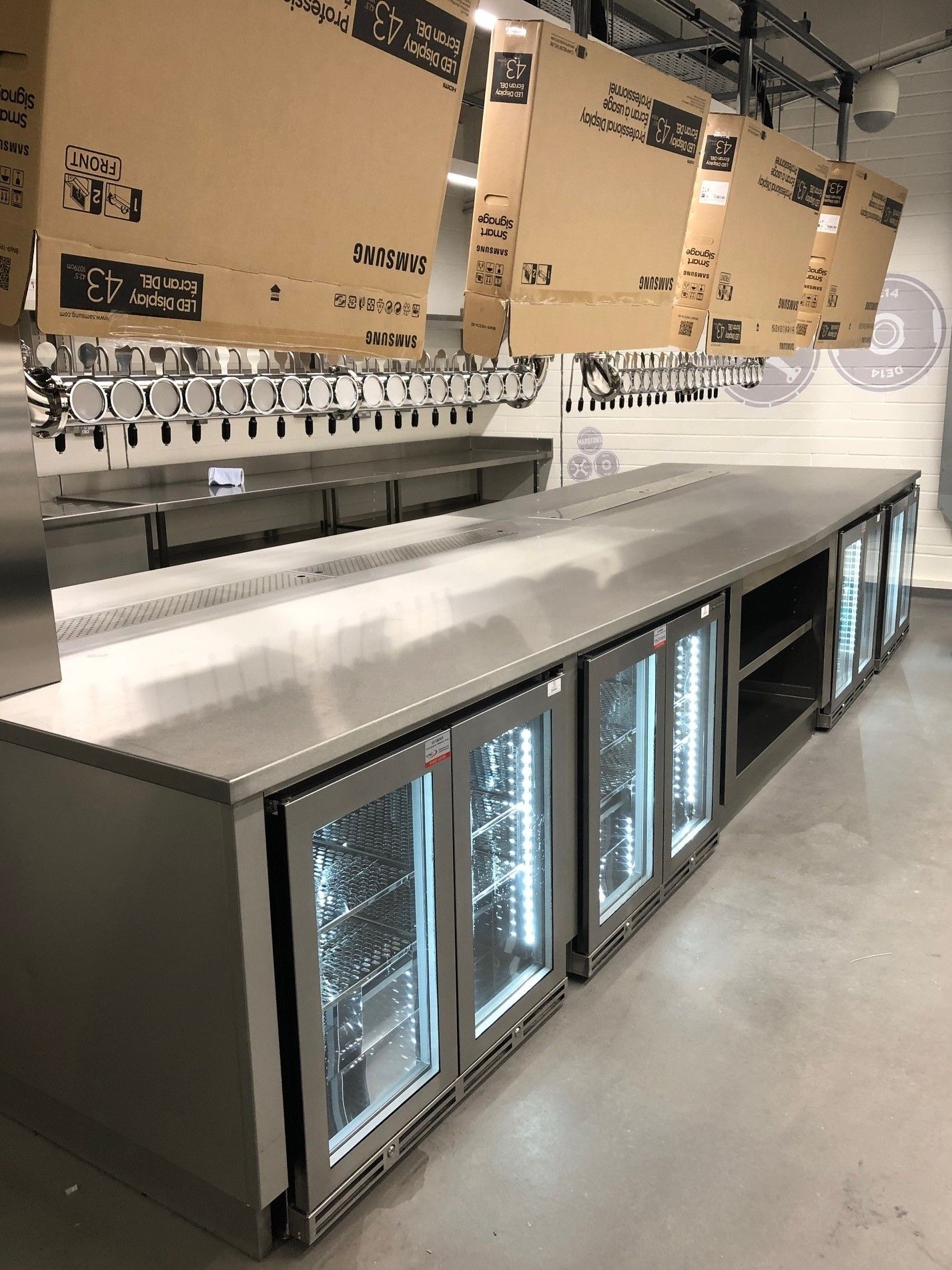 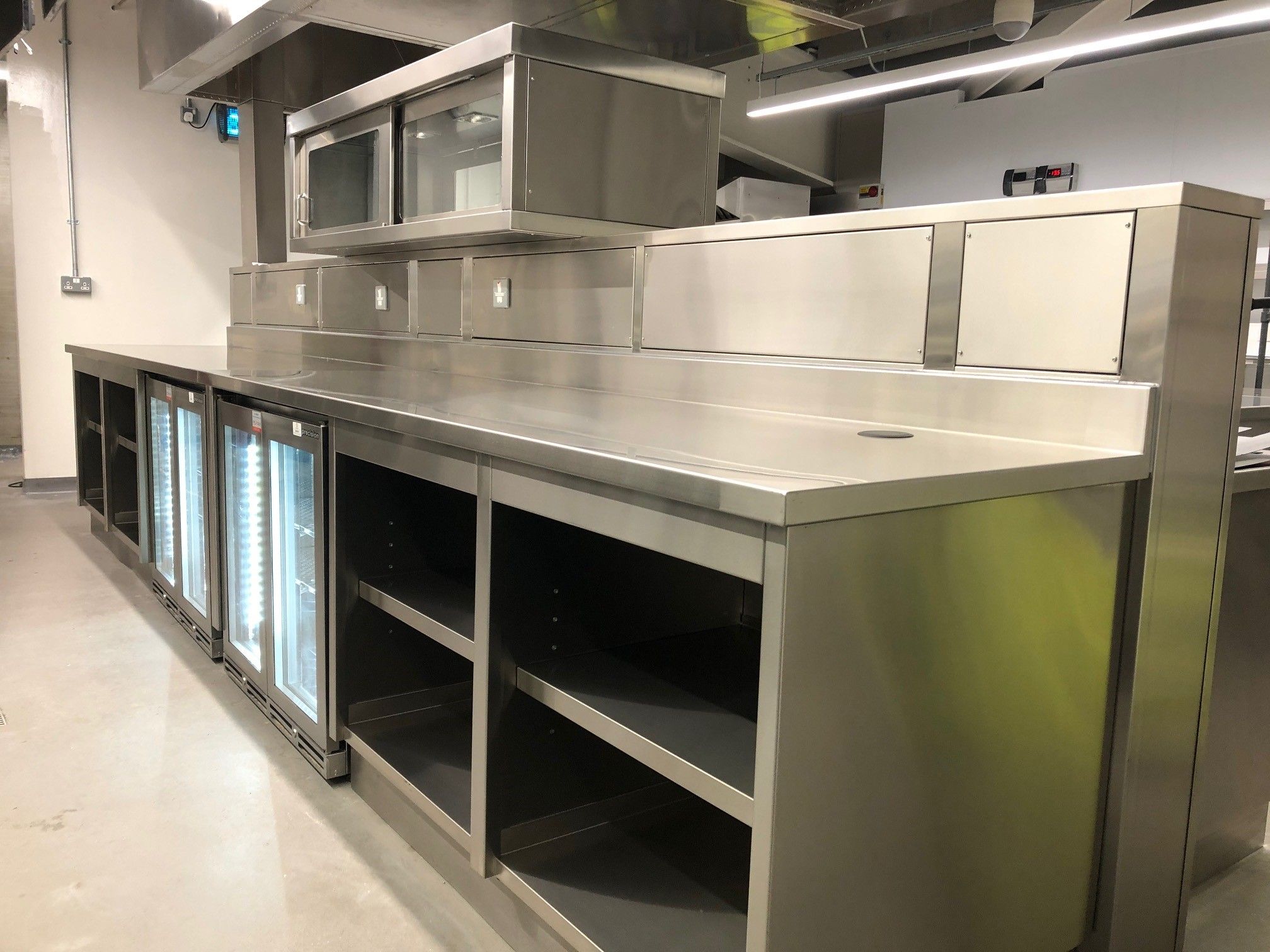 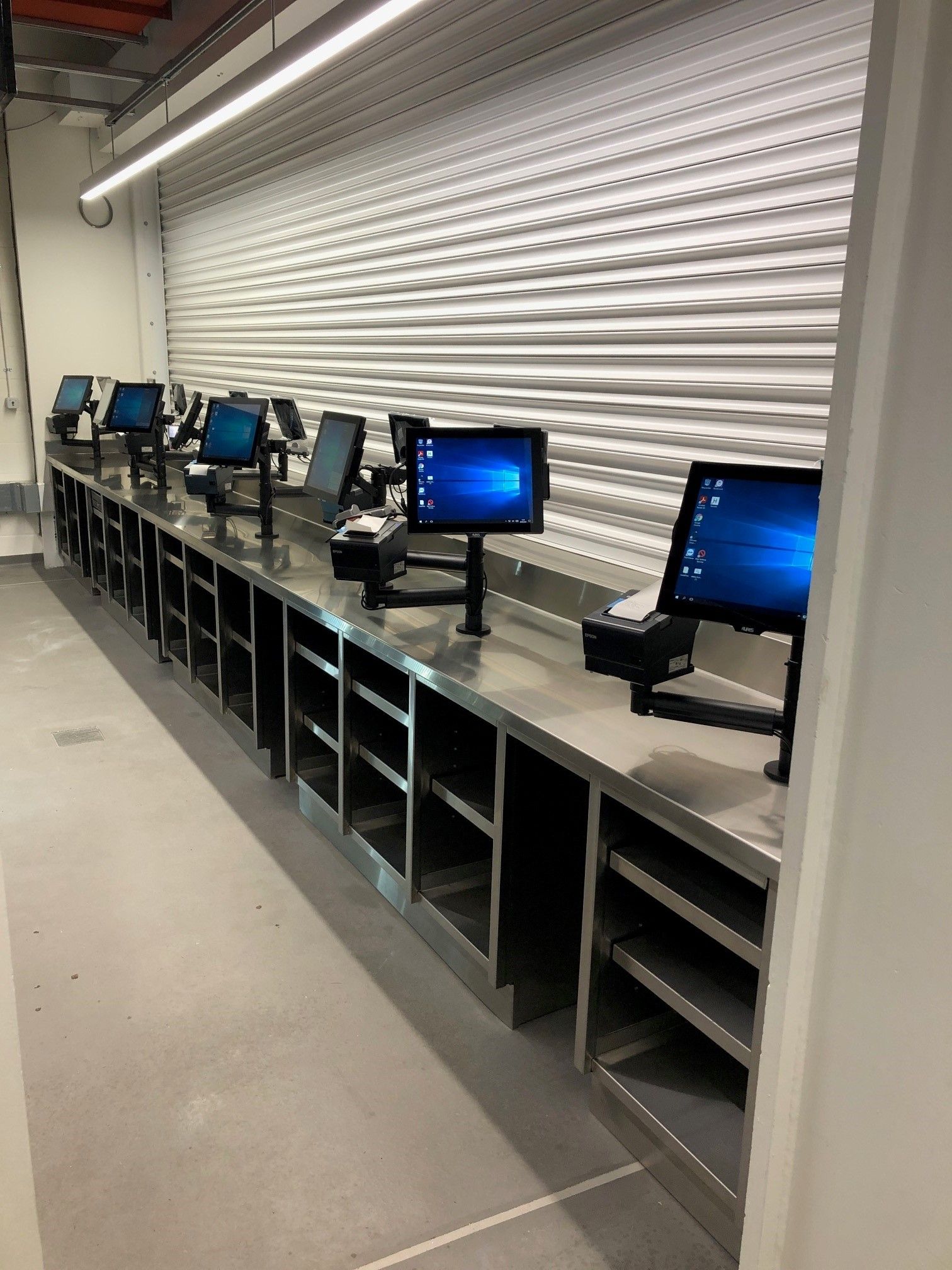 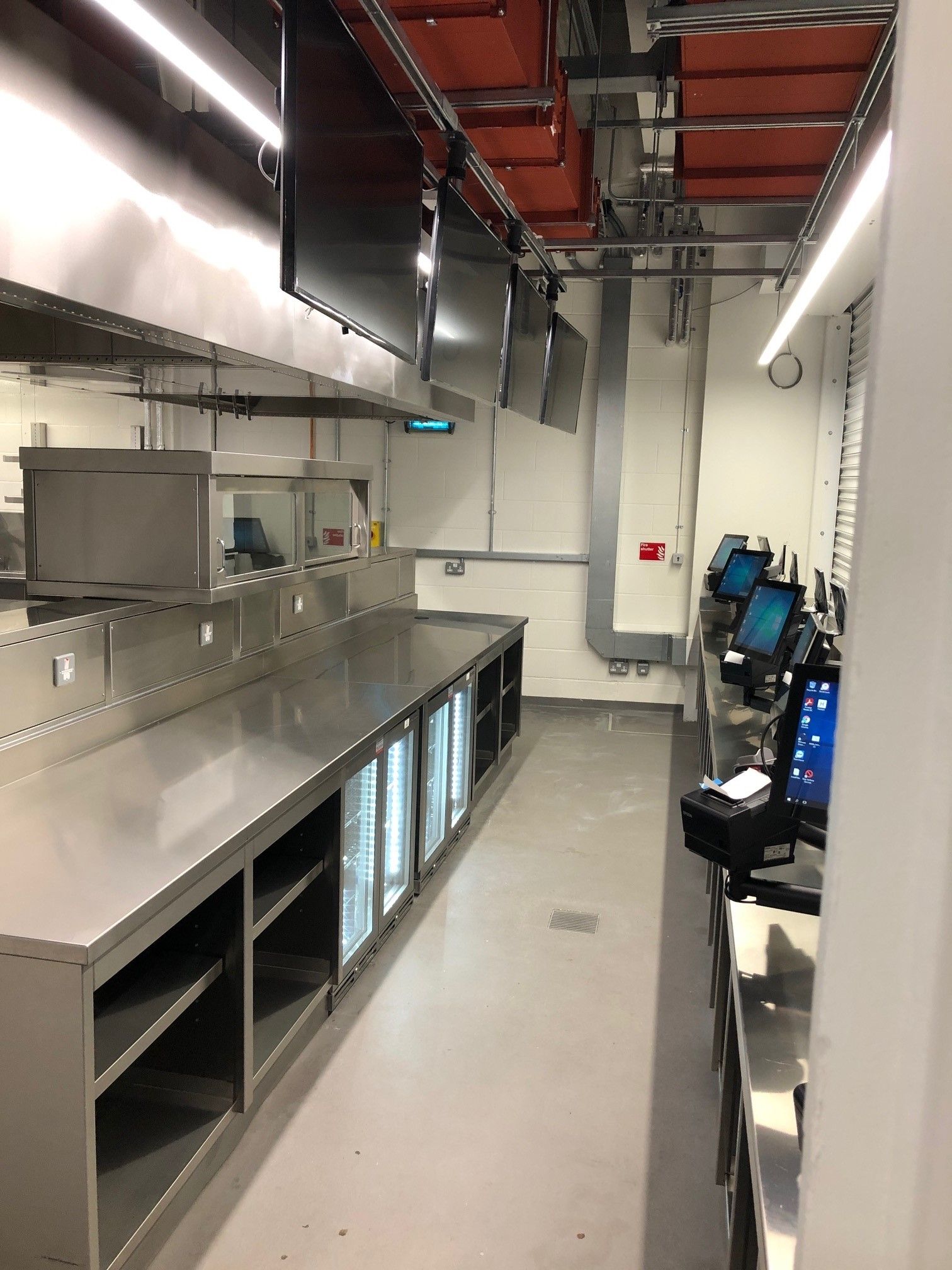